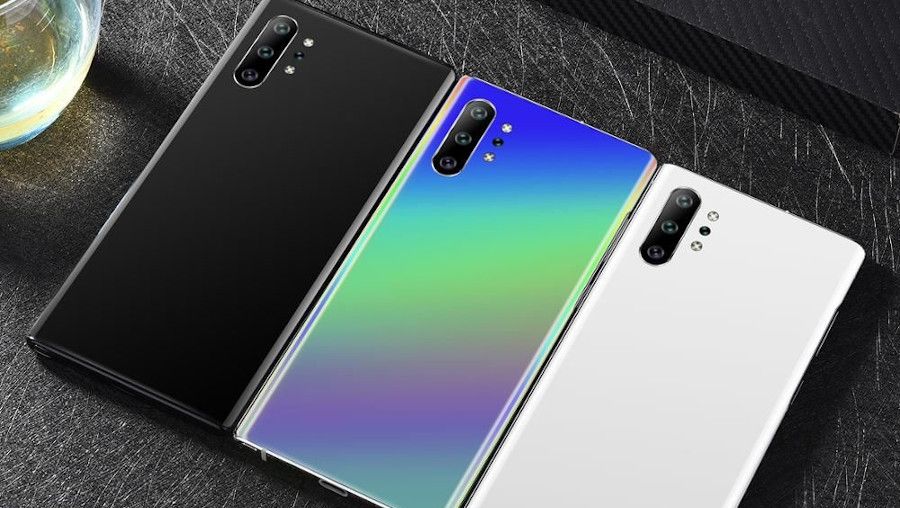 With the arrival of the S20 Ultra, the Galaxy Note 10+ is no longer Samsung’s flagship smartphone. However, the older model has a feature that makes it particularly useful for businesses: a smart pen or stylus.

The success of the Note 10+ among businesses has inspired an imitator – the first we’ve seen in the wild. Head over to popular Chinese website Aliexpress to check out the Kimtien Note 10+.

It looks remarkably like Samsung’s device, with the same name and colour scheme, but don’t expect it to perform anywhere near as well as its alter ego.

According to the specifications, the phone features a 10-core CPU (not from Qualcomm or Samsung, but Mediatek) coupled with 8GB of RAM and 128GB onboard storage.

There’s also a 3.5mm headphone socket, a 4800mAh battery, Bluetooth 4.0, a massive 6.8-inch Incell display, and 13-megapixel and 23-megapixel cameras on the front and rear respectively. The spec sheet also adds that the device runs on Android 9.1 and offers dual SIM capabilities, and of course, there is also a stylus.

Tens of thousands of units are currently available, which suggests this is a well run operation. We’re certain Samsung will want to hold the manufacturers to account over the glaring similarities in design and form factor, but beware, this is surely a case of too good to be true.