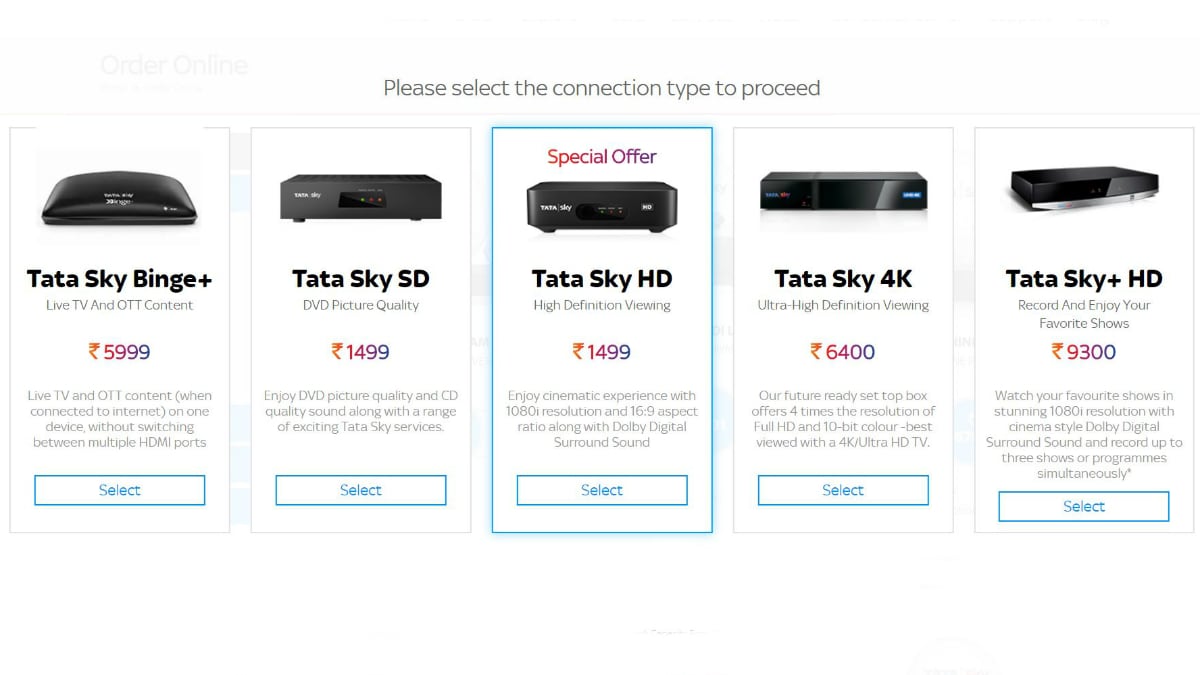 Tata Sky has increased the prices of its set-top boxes. The latest increment comes just over a month after the direct-to-home (DTH) operator offered a discount of Rs. 100 for Tata Sky HD subscribers. The new pricing is applicable to both Tata Sky HD and SD set-top box models. Last month, the operator briefly pulled its SD set-top box and was spotted selling only the HD option to its new customers. It, however, has brought back the SD set-top box with the new price that is higher than what was available to customers earlier.

The listing on the Tata Sky site has shown the updated pricing structure of its SD and HD set-top boxes. Both Tata Sky HD and SD set-top box models are available on the official site at Rs. 1,499. This reflects an increase of Rs. 100 from the earlier Rs. 1,399 price.

In addition to the revised pricing of its HD and SD set-top box options, Tata Sky has increased the multi-TV connection charges, as noted by DTH-focussed site DreamDTH. The charges for the secondary SD connection by the operator has been increased from Rs. 1,299 to Rs. 1,399, while the secondary HD connection is available at Rs. 1,199, up from Rs. 999.

The Tata Sky site is showing the revised prices of its multi-TV connections as well.

Affiliate links may be automatically generated – see our ethics statement for details.