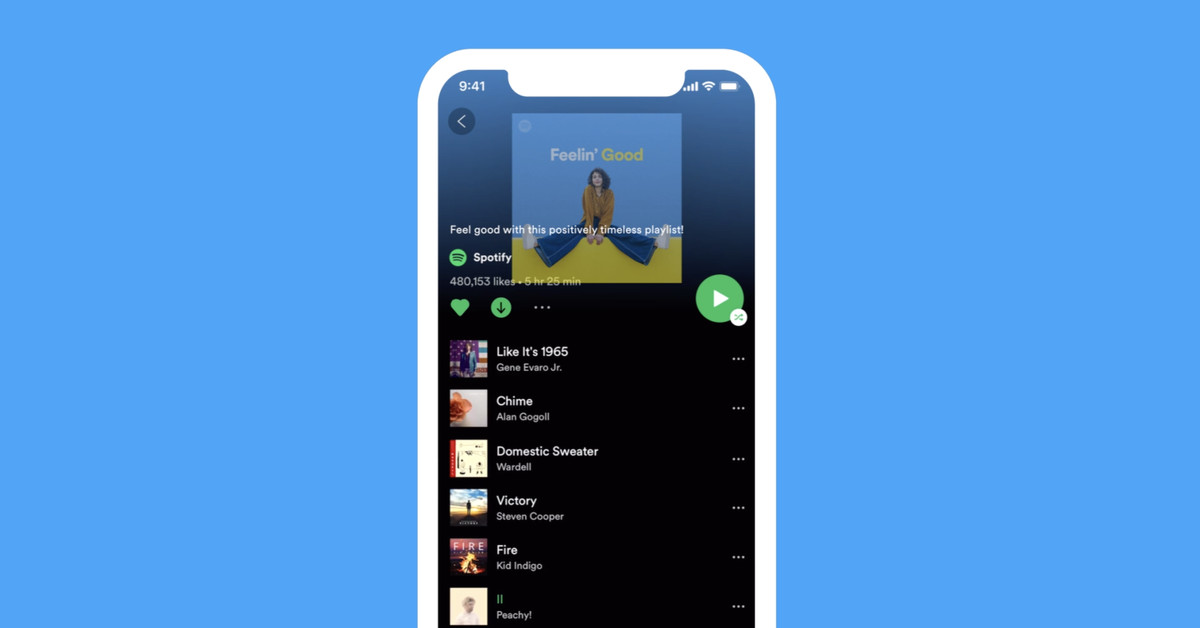 Starting today, Spotify is rolling out a new look to its iPhone app. The changes prioritize universal icons and visual indicators over written words, which Spotify says makes the app a more accessible experience for users all over the world.

First, Spotify has ditched the word-based “shuffle play” button that appears on an artist or playlist page. Now, it’s a simplified green button that contains both the play and shuffle icons. Other familiar icons have stayed the same but appear in new locations. For premium users, the “like,” “play,” and “download” icons will now be grouped together in one row in the central part of the screen. There’s also a new icon for downloading for listening without Wi-Fi; it’s the same one Spotify already has for podcasts. Spotify says this should make it easier to navigate the app one-handed.

Also, the cover art for individual tracks will now show up in all views except the “album” view, making it easier to spot songs you want to listen to. Songs you’ve already liked will also show the heart icon next to the track name. Some of these updates — like displaying the heart icon in line with a track — have already appeared for some users.

All of these changes will be rolling out to free and premium iOS Spotify users starting today.