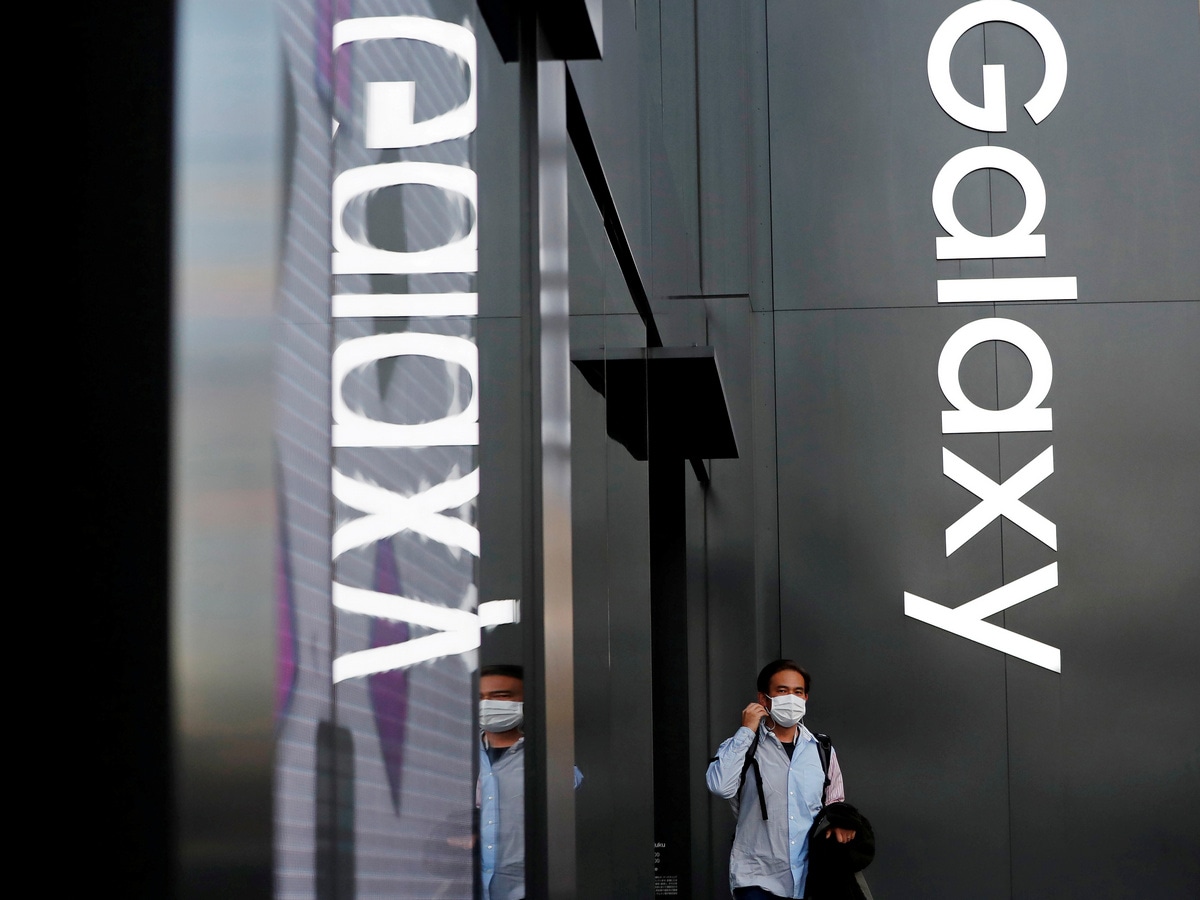 Samsung Electronics said on Tuesday its first-quarter operating profit likely managed to rise slightly from a slump a year earlier, as solid chip sales helped cushion the blow from the coronavirus pandemic on smartphones and TVs.

The global leader in semiconductors is benefiting from higher demand for chips from laptop makers and data centres amid the coronavirus-driven shift to working from home.

But at the same time the South Korean tech giant is also expecting a bigger hit to its mobile and consumer electronics sales in the current quarter as the novel coronavirus sweeps through Europe and the United States – key markets for its premium smartphones and TVs.

Samsung said operating profit was expected to be KRW 6.4 trillion ($5.2 billion) in the quarter ended March, compared with KRW 6.2 trillion a year ago and the KRW 6.2 trillion estimate from analysts according to Refinitiv SmartEstimate.

Revenue likely rose 5 percent to 55 trillion won from a year ago, in line with the 55.6 trillion won estimate.

Samsung Electronics shares were up 1.6 percent in morning trade, compared to a 1.3 percent rise of the broader market.

The maker of smartphones, TVs, appliances, memory chips and displays is the first global tech company to report its January-to-March quarter earnings estimates.

Samsung Electronics said in March the coronavirus pandemic would hurt sales of smartphones and consumer electronics this year, while demand from data centres would fuel a recovery in memory chip markets.

The first-quarter results are smaller than Samsung’s internal forecast from early March, and the company is expecting a bigger hit from the virus in the second quarter, a person familiar with Samsung’s operations said.

“Even though Samsung’s mobile business was hit by the coronavirus outbreak this quarter, it will likely face bigger challenges in the second quarter – now that the United States and Europe have become the hardest-hit countries,” Kim Sun-woo, an analyst at Meritz Securities, said.

Hana Financial Investment recently cut its forecast for Samsung’s smartphone shipments to 260 million, from an initial forecast of 300 million because of slower demand for its high-end smartphones, which will also erode its mobile margins.

Taiwan’s Foxconn, a key supplier of Apple Inc’s products, said on Monday that its January-March revenue declined 12 percent from the previous year, after Apple warned it was unlikely to meet its March-quarter sales guidance.

When the outbreak first started in China last year, Samsung’s strategy of spreading out its production base to countries including Vietnam and India seemed to pay off as supply disruptions in China hit rivals such as Apple.

But as the virus spread across the globe, Samsung too has had to close factories and retail stores in Europe, India and the United States.

Chip buffer
The company did not provide a breakdown on expected earnings for each division in its guidance released on Tuesday.

Analysts say the company’s memory chip business, which generated more than 50 percent of its operating profit in 2019, would likely report better-than-expected results in the first quarter.

Memory chip prices are rising as work-from-home requirements boost demand from the data centres that support Internet services such as streaming and cloud computing, analysts have said.

Prices for DRAM memory chips are up more than 3.5 percent since January, according to industry tracker DRAMeXchange.

Many analysts had expected Samsung to rebound strongly from its worst operating profit in four years in 2019, but the pandemic has forced some to lower their earnings estimates for this year due to pressure on smartphone sales.

A more prolonged coronavirus crisis could also spill over into the chip sector, analysts say.