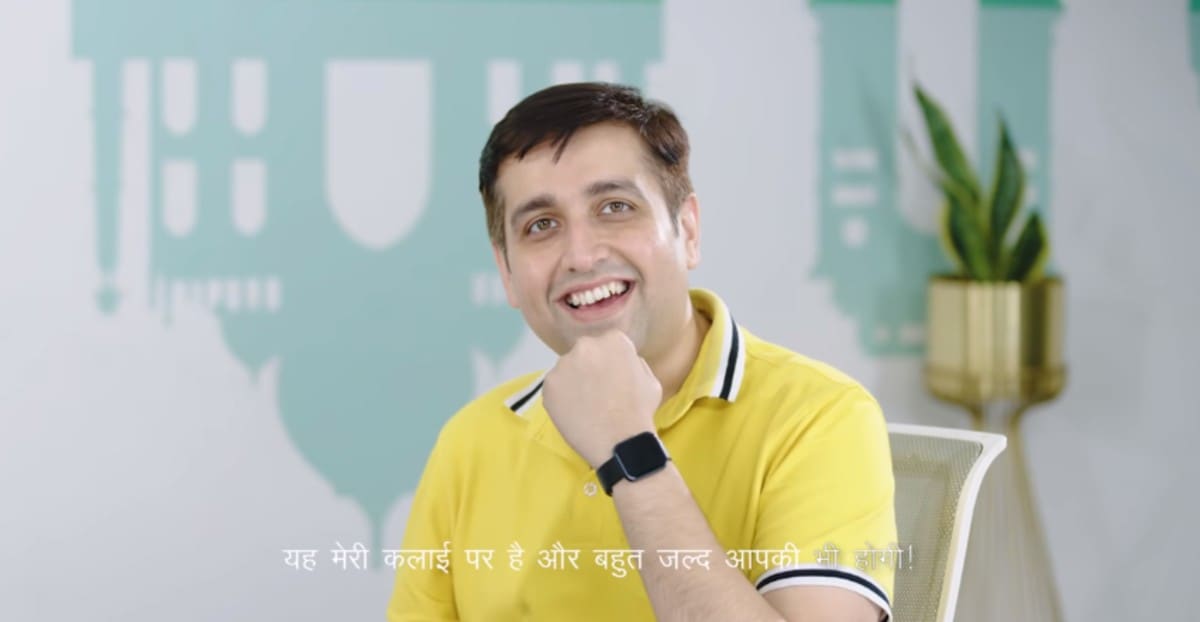 Realme smartwatch’s upcoming launch is hardly a secret, however Realme India CEO Madhav Sheth offered the first look at the wearable in the latest #AskMadhav episode on YouTube. Sheth noted that the smartwatch will be launched in India very soon. The executive is seen flaunting the upcoming wearable on his wrist throughout the video, and the smartwatch seems to have taken a lot of design inspiration from the Apple Watch series. The Realme smartwatch has a square-shaped dial and a black strap. Sheth also confirmed that a Purple variant of the Realme 6 Pro is launching soon in India, and that the company is also working on bringing Realme Bluetooth speakers to the market.

Sheth is seen wearing the upcoming Realme smartwatch in the #AskMadhav episode video, but the Realme India CEO didn’t share any details about the smartwatch. Separately, the executive revealed that the Realme 6 Pro will come in a Lightning Purple colour option very soon. There’s also a White colour option seen in this new video, and we could expect it to launch in the future as well.

Realme 6 Pro exclusive features like front camera slow motion and UIS are also confirmed to roll out for Realme 6 users in April. However, Nightscape 3.0 and Tripod mode won’t be rolled out to any existing Realme phones, and only future phones with upgraded hardware will have it baked in.

Coming to the Realme Band, Sheth says that new watch faces can be expected in the future. He added that a fix for the call notification bug has been rolled out and users must update their devices via the Google Play Store. As mentioned, he also confirmed that the company is working on Bluetooth speakers and more information will be shared in the future.