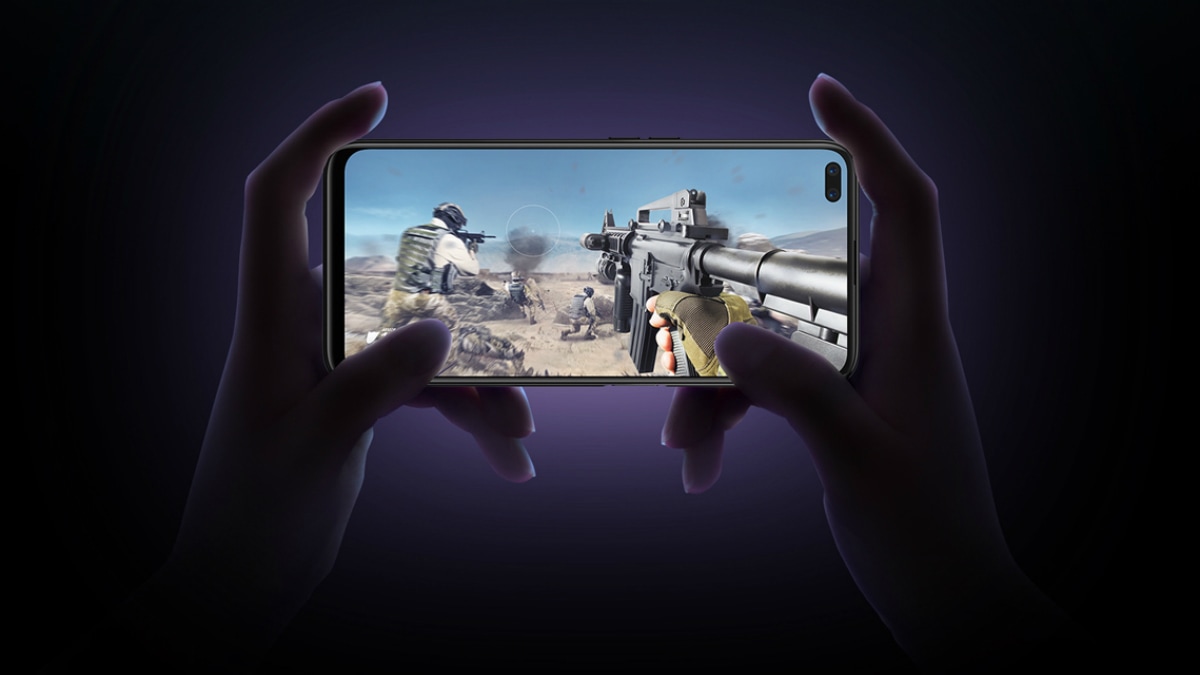 Realme 6 Pro and Realme 6 launch date reveal and Samsung Galaxy M31 announcement dominated the conversation in a rather busy week in terms of tech news development. Although MWC Barcelona 2020 was officially cancelled, the likes of Realme, Sony, LG, and Huawei unveiled new smartphones this week, including Realme X50 Pro, Huawei Mate Xs, Sony Xperia 1 II, and LG V60 ThinQ. Additionally, Jio announced new plans for Jio Phone subscribers. Read on for more on these and other major tech developments from this week.

Realme has announced that it will launch the new Realme 6-series phones on March 5 in India. The two phones will succeed the company’s Realme 5 and Realme 5 Pro in India. The company has released multiple teasers about the two upcoming phones that have revealed several key features. According to Realme, the Realme 6 Pro and Realme 6 will feature a quad rear camera setup that will be headlined by a 64-megapixel main camera. Other cameras in the setup will include an ultra-wide shooter, a telephoto camera, and a micro shooter.

Additionally, Realme 6-series phones will come with 90Hz refresh rate screen and a hole-punch design. While the Pro variant will have two selfie shooters, the Realme 6 will house a single shooter on the front. Further, the resolution of the display is said to be full-HD+. This is not all, Realme has also teased support for 30W fast charging.

A recent report indicated that Realme will sell the Realme 6-series phone via both e-retailers and offline stores. This is not a surprise, given company has long started selling phones offline. In terms of the pricing, the Realme 6 Pro is expected to start at Rs. 13,999, whereas the Realme 6 will reportedly retail beginning at Rs. 9,999. We should get confirmed prices on March 5.

In addition to the Realme 6 Pro and Realme 6, the Chinese smartphone maker will also unveil the Realme Band wearable at the launch event. It is teased to include a heart-rate sensor, colour display, IP68 water resistance. Additionally, the Realme Band is confirmed to be offered in three colour options – Yellow, Black and Olive Green. In terms of the fitness tracking capabilities, Realme is bundling nine modes to track different activities, including a Cricket mode. The smart band will also show notifications from your connected smartphone.

Samsung Galaxy M31 made its India debut this week as the successor to Galaxy M30 that was launched last year. The phone also improves on Galaxy M30s, which was launched as an upgraded version of Galaxy M30. Samsung Galaxy M31 price in India starts at Rs. 15,999 for the 64GB storage option, while its 128GB storage model carries a price tag of Rs. 16,999. However, under an introductory offer, the company is offering a discount of Rs. 1,000 and is selling the smartphone with a starting price of Rs. 14,999. It is, however, unclear that for how long the offer will be available for consumers.

Samsung Galaxy M31 is being sold in two colour options and it can be purchased via Amazon, Samsung.com, and select offline retailers. The first sale for the phone is scheduled for March 5, 12pm (noon). In terms of the specifications, the dual-SIM (nano) Samsung Galaxy M31 runs Android 10 with One UI 2.0 on top. Additionally, there is a 6.4-inch full-HD+ display and octa-core Exynos 9611 SoC.

Other specifications of the phone include a quad camera setup on the back with a 64-megapixel main shooter, an 8-megapixel ultra-wide-angle camera, a 5-megapixel macro shooter, and a 5-megapixel depth sensor. On the front, there is a 32-megapixel selfie camera. You will also get 6,000mAh battery and a rear fingerprint sensor.

Realme X50 Pro this week became the first 5G to make its debut in India. Not only the phone was officially unveiled before iQoo 3, which was also clamouring for India’s first moniker, it also went on sale first and was quickly sold out. It is unclear how many units the company has put on sale.

In terms of the specifications, Realme X50 Pro 5G runs Android 10 with Realme UI on top. The phone features 6.44-inch full-HD+ (1080×2400 pixels) display with 90Hz refresh rate, Qualcomm Snapdragon 865 SoC, and up to 12GB of RAM. There is also a quad rear camera setup that includes a 64-megapixel primary shooter. Additionally, Realme has included a dual selfie camera setup at the front that houses a 32-megapixel primary front shooter.

The phone will be offered in Quantum Silver, Volcano Orange, and Tornado Black colour options, and it will go on sale in India starting March 4 at 12pm (noon) via Flipkart and the company’s official iQoo.com website. On the specs front, iQoo 3 runs Android 10 with the iQoo UI 1.0 on top. It packs a 6.44-inch full-HD+ (1080 x 2400 pixels) Super AMOLED display, Qualcomm Snapdragon 865 SoC, and a quad rear camera setup.

LG unveiled a successor to its V50 ThinQ smartphone in the form of V60 ThinQ this week. The LG V60 ThinQ 5G will be available in North America, Europe, and Asia starting next month. Pricing and availability of the phone in each market will be announced locally, and the phone will be offered in Classy Blue and Classy White colour options.

Huawei had big plans for MWC Barcelona 2020, however in the wake of its cancellation, the company unveiled the new Mate Xs phone as a part of an online-only event. It is the second foldable phone from the company and keeps the same form factor as its first one. Given the Huawei Mate X was never released outside China, the Mate Xs will become the company’s first foldable to get a global release.

The Best Budget TVs You Can Buy in India Right Now

Huawei Mate Xs will go on sale in March, priced at EUR 2,499 (roughly Rs. 1,93,000). In terms of the specifications, the phone is powered by Kirin 990 SoC, and packs an 8-inch flexible screen. You will also get 4,500mAh battery, four rear cameras, Android 10 without Google apps or Play Store, and a upgraded “falcon wing” hinge.

Xiaomi is preparing to launch the second phone in its Redmi K30-series in China in March. The company has started teasing the smartphone and has also discontinued the Redmi K30 Pro in its home market. Redmi K30 Pro will be powered by Qualcomm Snapdragon 865 SoC and sport a full-screen design, same as its predecessor.

There is no word on the India release right now, and there is a possibility that Redmi K30 Pro may debut as Poco F2 in the country, given the company launched Redmi K30 as Poco X2 in the Indian market. Other specifications of the phone are a mystery at this point, but given Xiaomi propensity for revealing pretty much everything about its phone before their official launch, we won’t have to wait for long.

Sony unveiled three new phones this week. While the new Xperia 1 II and Xperia 10 II are targeted to regular consumers, the Xperia Pro is aimed at creative professionals. Xperia 1 II comes with top-of-the-line specifications, including the Qualcomm Snapdragon 865 SoC and 256GB of onboard storage. Sony Xperia 10 II, on the other hand, is a mid-range phone with Qualcomm Snapdragon 665 chip.

New Jio Phone plans and other telecom news this week

The Jio Phone Rs. 49 plan, on the other hand, offers just 2GB of total data, Jio to Jio unlimited calls, 250 minutes of Jio to non-Jio calls, 25 SMS messages, and access to all Jio subscription services. These plans are now available via Reliance Jio website, MyJio app, and third-party recharge websites.

All these plan revisions and tariff hike has impacted Reliance Jio’s subscriber base. The latest data released by TRAI revealed that the telco onboarded just over 82,000 new subscribers in December last year, massive downfall from the 56,08,668 new subscribers that it had added in November. Jio’s total subscriber base increased from 36,99,33,852 in November to 37,00,16,160 subscribers by the end of December.

Airtel revealed this week that it is soon going to launch a new premium international roaming pack, priced at Rs. 4,999. Dubbed as Travel Unlimited, the new international roaming plan will be available for both prepaid and postpaid customers. The plan will include 1GB of mobile data per day, unlimited incoming calls, 500 minutes of outgoing calls to India and within the host country, and unlimited incoming SMS for 10 days.

Apple Online Store coming to India this year and other news

Apple CEO Tim Cook revealed during the company’s annual shareholder meeting this week that the iPhone maker is finally going to launch its online store in the country this year. Cook also said that Apple will launch its physical retail stores starting 2021. Apple currently sells its products via partner retailers and distributors.

Netflix was spotted testing yet another change this week in India. The streaming giant seems to be mulling to move the mobile plan and Rs. 499 base plan subscribers to HD quality, from the existing SD quality. Since, the change is still being testing, there is no word it will reach all subscribers. Netflix told Gadgets 360 that the better video quality option has been available since early February in India.

Lastly, WhatsApp seems to be developing dark mode for its desktop app as well as WhatsApp Web. Dark mode for both is currently in development and in its early stages, and the feature isn’t publicly available yet. There is no expected launch timeline either.