Oppo has finally launched its first smartwatch – the highly anticipated yet uninspiringly named – Oppo Watch. The Oppo Watch looks a lot like the Apple Watch, but has some cool tricks of its own. It comes in two sizes – 41mm and 46mm – and is based on a custom version of ColorOS, tailored for smartwatches and based on Google’s Wear OS. The Oppo Watch features an AMOLED display and supports the proprietary Watch VOOC Flash Charge fast charging technology. Oppo Watch also comes with eSIM support and 5ATM water resistance rating.

There is also a stainless steel variant that comes in a sole silver case version with an Italian calf leather skin strap option, and will set buyers back by CNY 2,499 (roughly Rs. 25,000). Oppo Watch will go on sale starting March 24 in China, and the availability details will soon be announced for the international markets as well. Oppo Watch comes in 41mm and 46mm variants, both of which pack an AMOLED display

Talking about features, the Oppo Watch features a curved flexible AMOLED display and has two physical buttons on the side. The 41mmm variant has a 1.6-inch AMOLED display with 320×360 pixels resolution, while the 46mm model packs a larger 1.91-inch display with 402×476 pixels resolution and 326ppi pixel density. The Oppo Watch runs a custom version of Oppo’s ColorOS skin that is created for smartwatches, and it is based on Wear OS. Interestingly, the Oppo Watch is only compatible with Android phones, but work on adding support for the iOS ecosystem is currently underway.

Oppo Watch is powered by the Qualcomm Snapdragon Wear 2500 SoC, but there is an Apollo co-processor as well. The device switches from the Qualcomm chip to the Apollo chip when it needs to save power. Talking about features, it can track a wide range of workouts and also has an AI-based fitness regime feature. The 46mm variant comes with a 5ATM water resistance rating, while the 41mm variant is rated 3ATM. There is also sleep monitoring algorithm for tracking sleep pattern as well as 24×7 heart rate monitoring. 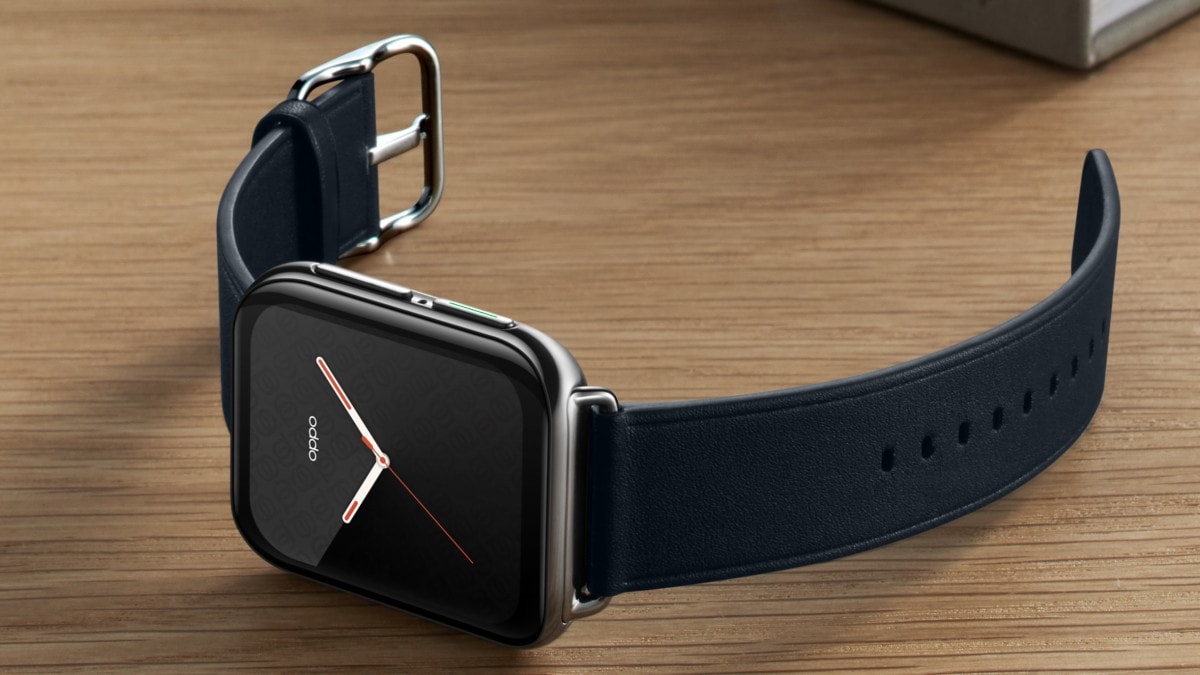 One of the biggest draws of the Oppo Watch is eSIM support. Users can choose to link their existing number or independently use the eSIM facility on the Oppo Watch with a different number. Plus, there is a music playback feature as well. The 41mm Oppo Watch comes equipped with a 300mAh battery, while the 46mm model packs a 430mAh unit. There is 1GB of RAM and 8GB of storage packed inside the new Oppo wearable.