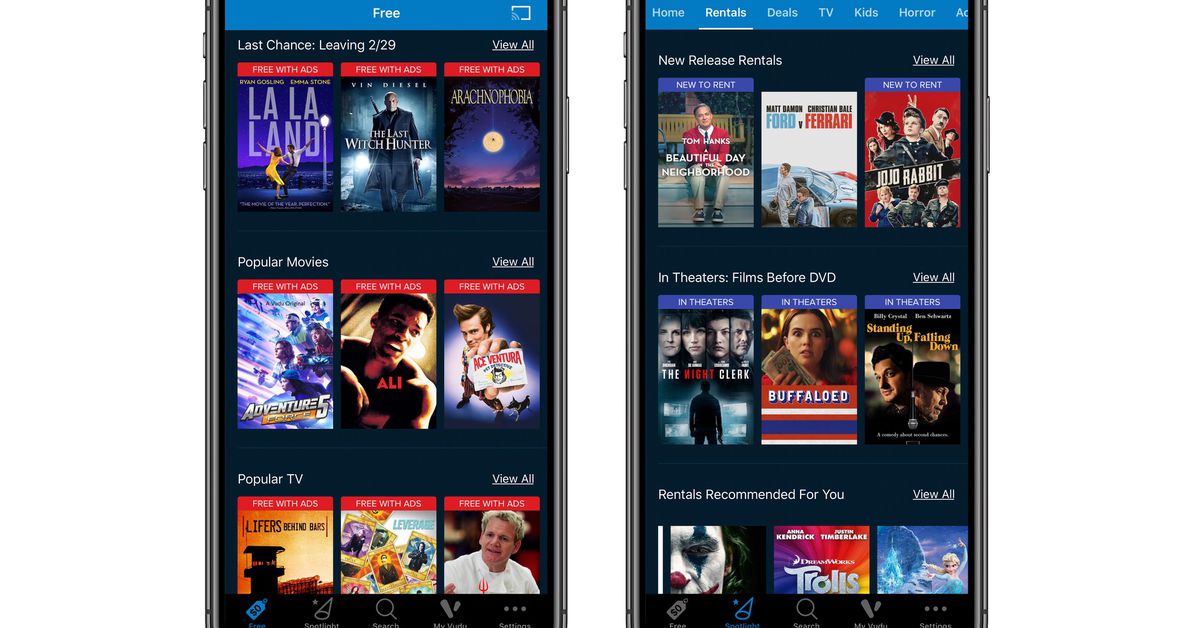 NBCUniversal is in advanced talks to acquire Vudu, the Walmart-owned video service, according to The Wall Street Journal. Though the talks “may not result in a deal,” it sounds like NBCUniversal — part of Comcast, an investor in The Verge’s parent company Vox Media — has a number of ideas for what it would do with Vudu.

“Vudu’s ad-supported service would serve as a complement to Peacock,” which is NBCUniversal’s upcoming, standalone streaming service, according to the Journal. Meanwhile, the digital movie rentals and purchases business would be tied into Fandango. (Did you know the app you might often buy movie tickets with is owned by Comcast? Now you do.) Fandango also operates its own FandangoNOW streaming service, but it doesn’t have nearly the same pickup as Vudu among consumers.

The ad-supported free tier of Vudu was introduced in October 2016, and the service now offers a large mix of TV shows and movies that can be streamed on demand without paying anything. As the Journal notes, there’s been increased interest in these ad-supported services in recent years. Roku has found major success with The Roku Channel. Viacom bought Pluto TV in 2019. And today, the Journal also (separately) reported that Fox is interested in scooping up Tubi, another ad-supported video streaming platform. Vudu has also dabbled in original programming, but nothing has really resonated with viewers.

Vudu might lose its luster with home theater enthusiasts

Free streaming aside, Vudu is well-regarded among home theater enthusiasts for its excellent video streaming quality, which uses higher bit rates than some other services. Even before 4K took over, Vudu concentrated on improving 1080p streaming with its “HDX” rental tier. The company has also run various disc-to-digital programs to help consumers add the movies they own on DVD or Blu-ray to their digital collection.

For the people who enjoy using Vudu, these changes floated in the Journal’s report probably aren’t going to bring about much excitement. An NBCUniversal-owned Vudu could quickly get very bloated, and Vudu would lose the independent status that has helped carve out its niche over the last several years. Now, it sounds like it’ll be yet another tool in NBCUniversal’s streaming wars arsenal.

Both NBCUniversal and Walmart declined to comment on the rumored discussions, but reports last fall made clear that the retail giant was looking to find a buyer for its video streaming business. Vudu is used on over 100 million devices, Walmart said at the time.