MoviePass is shutting down September 14th 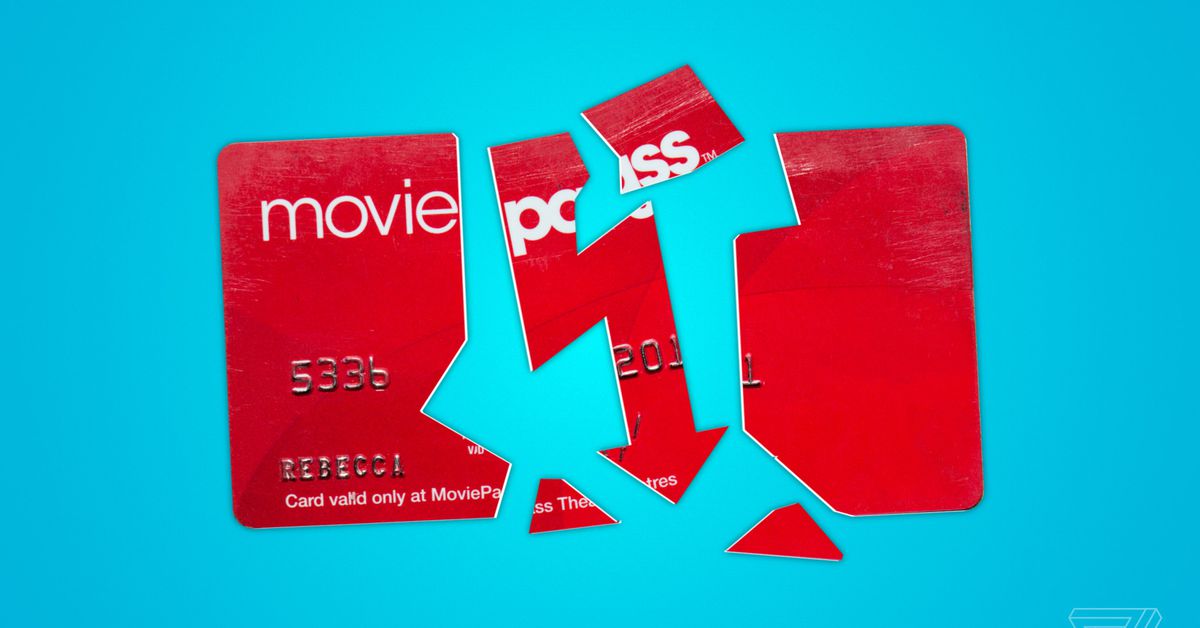 MoviePass, the subscription service that spent enormous amounts of venture capitalists’ money subsidizing movie tickets in a bid to upend the theater business model, is officially shutting down on September 14th. The news was announced today via emails to subscribers and separately in a press release issued by parent company Helios and Matheson. It marks the end of a tumultuous two-year saga that saw a once-popular platform go to extreme lengths to keep its business running, despite the obvious and fraught financial cost.

Last we heard of MoviePass, the company was laying off huge swaths of its staff, including the team responsible for brokering partnerships with movie theaters, following a sudden, supposedly temporary shutdown of its services in July. The company didn’t say when it would begin operating again, but most monthly and annual subscribers were left with an app that wouldn’t work and a debit card that no longer functioned — and no timeline regarding the service’s eventual return. (MoviePass claimed it had restored service to some users, but it’s not clear that ever happened.) Last month, MoviePass was also found to have exposed thousands of its customers’ credit card numbers in plain text online, rounding out a particularly rough few months of bad press.

The company says it will still seek funding to bring MoviePass back, but it is “unable to predict if or when the MoviePass service will continue.” It also says “there can be no assurance that any such financing will be obtained or available on terms acceptable to the committee.” The committee in question is a new “strategic review committee” made up of Helios and Matheson board directors to “identify, review, and explore all strategic and financial alternatives” for salvaging the firm. That includes selling it in its entirety, or a sale of nearly all of its assets including MoviePass, movie listing service Moviefone, and the company’s production arm, MoviePass Films.

MoviePass, although it had been around since 2011, generated national headlines in August 2017 when it lowered the price of its all-you-can-watch movie ticket subscription service to an astounding $9.99 a month. The plan was hatched by CEO Mitch Lowe, a former Netflix executive who joined MoviePass in 2016 with bold plans to take on the traditional theater industry in a much more aggressive fashion. The pitch seemed attractive to customers: pay a small monthly fee for near-unlimited access to new releases in theaters. (You were restricted to one movie per day.) In many cases, seeing even one movie per month was enough to cover the cost of the subscription fee in many urban markets. Within months, MoviePass had signed up 1 million new subscribers.

For MoviePass, however, the business model was full of holes. For every ticket a user secured through its mobile app for effectively zero dollars, MoviePass had to cover the cost in full. It did so by issuing independent debit cards to subscribers, which pulled funds directly from a MoviePass-owned bank account. In short order, the subscription revenue MoviePass was generating was dwarfed by its monthly movie ticket costs. Although MoviePass raised nearly $70 million in venture capital, it was not enough to stem the bleeding.

MoviePass made no friends in the theater industry, and it started running out of money

Making matters worse was that MoviePass’ business strategies for bringing in additional revenues were widely despised by the traditional theater industry. The executives at AMC and other theater chains clearly saw a company that was attempting to interject itself between their customers and the end product, and they did not take kindly to Lowe’s tactics, which amounted to a kind of hostile takeover of the market. Effectively, MoviePass wanted to grow so quickly, using venture capital money to fund its increasing costs, that theater chains had no choice but to play nice.

MoviePass was able to secure some partnerships with smaller, more indie-minded theater chains and even marketing deals with Hollywood production companies to promote new films. But it was never able to form the types of lucrative partnerships with the biggest theater companies — AMC, Regal, and Cinemark — that would grant MoviePass much-needed cuts on concession sales or discounts on tickets. In fact, AMC and MoviePass engaged in a months-long public feud, ultimately resulting in AMC creating its own subscription product that has since become immensely popular. Other chains like Regal have followed suit.

Following its first year of explosive popularity, MoviePass began to run out of money. Without any real partnerships in the theater industry and its own film production arm floundering, MoviePass began to cut costs. It reduced the number of films subscribers could see per month, began blacking out certain high-profile releases, curtailed the number of theaters it worked with in big cities, and began imposing numerous other restrictions designed to make its service more difficult to use, and thus less costly.

Subscribers started fleeing, and MoviePass found itself embroiled in seemingly endless controversy related to its lack of customer support, its dodgy reputation for issuing refunds, its near-constant technical issues and app disruptions, and its nonstop changes to its plans that made the service near-impossible to use as advertised. Helios and Matheson began posting gigantic quarterly losses, and shareholders began demanding change.

MoviePass’ dream lives on in AMC A-List and other services

Inexplicably, MoviePass held on as Helios and Matheson began looking for buyers. But it did so over the last few months by quietly pulling the plug on its platform without calling it an official shutdown. It’s not clear whether anyone has been able to use MoviePass since early July; it’s effectively been dead since then and, for all intents and purposes, for far longer as the service hobbled along on its last leg. The writing was on the wall when theater chains began to offer their own, much more reliable and cost-efficient subscription services — AMC Stubs A-List costs $20 a month and limits subscribers to three films per week.

At the very least, MoviePass helped the theater industry wake up to the reality of a new business model for selling its services in a bulk, monthly fashion, and it’s resulted in MoviePass’ dream — of an all-you-can-watch theater subscription service — living on in AMC A-List and other similar options. It’s not the outcome Mitch Lowe may have wanted, but it was the one we all saw coming.