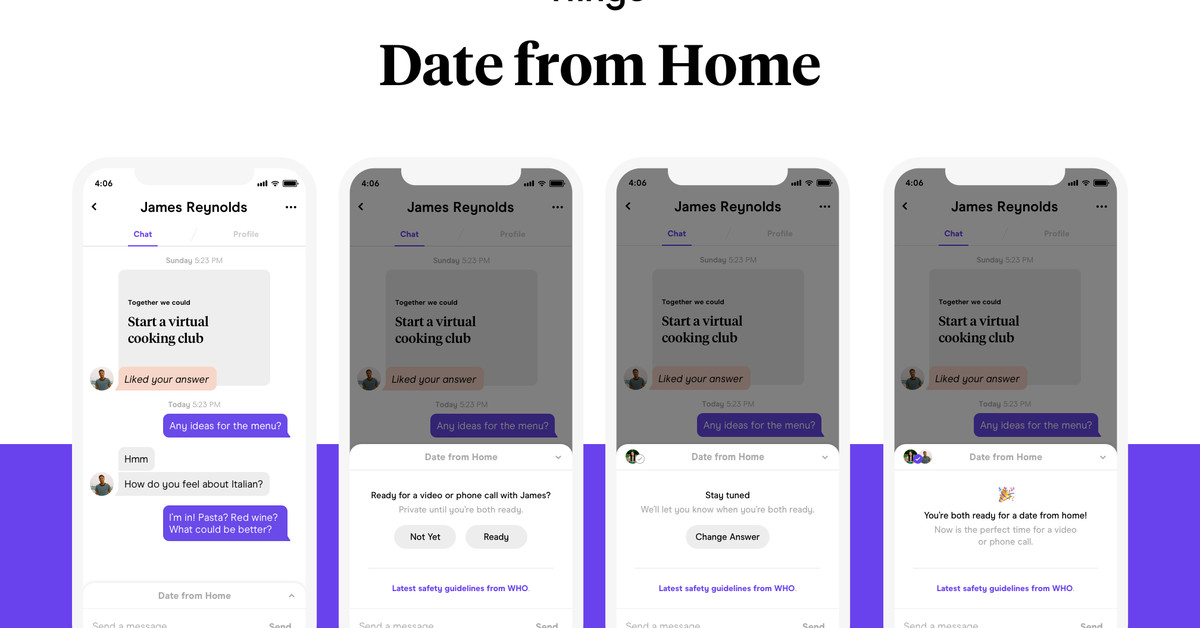 A pandemic has taken over the world, but people are still dating. Today, Hinge is launching a new feature, called Date from Home, that the team thinks will make it easier to transition the texting chat into a video call.

From a chat, daters can tap whether they’re ready to have a video call outside of the app, and once both people agree to do so, the app will let them know they’re “ready” for a date. This might facilitate the discussion of moving off the app because there’s a smaller chance of rejection. The app is also getting an update to the We Met feature to ask if people ended up having a phone or video chat and whether this is the type of person who they’d want to chat with again.

Video chat dating has become a popular way of vetting potential matches for future in-person dates. The League had already launched its video dating feature, League Live, last year and expanded its rollout during the pandemic. Tinder made its Passport feature, which lets people swipe on others around the world, free for everyone, too, because if dating’s confined to being at home, why not chat with someone across the world?