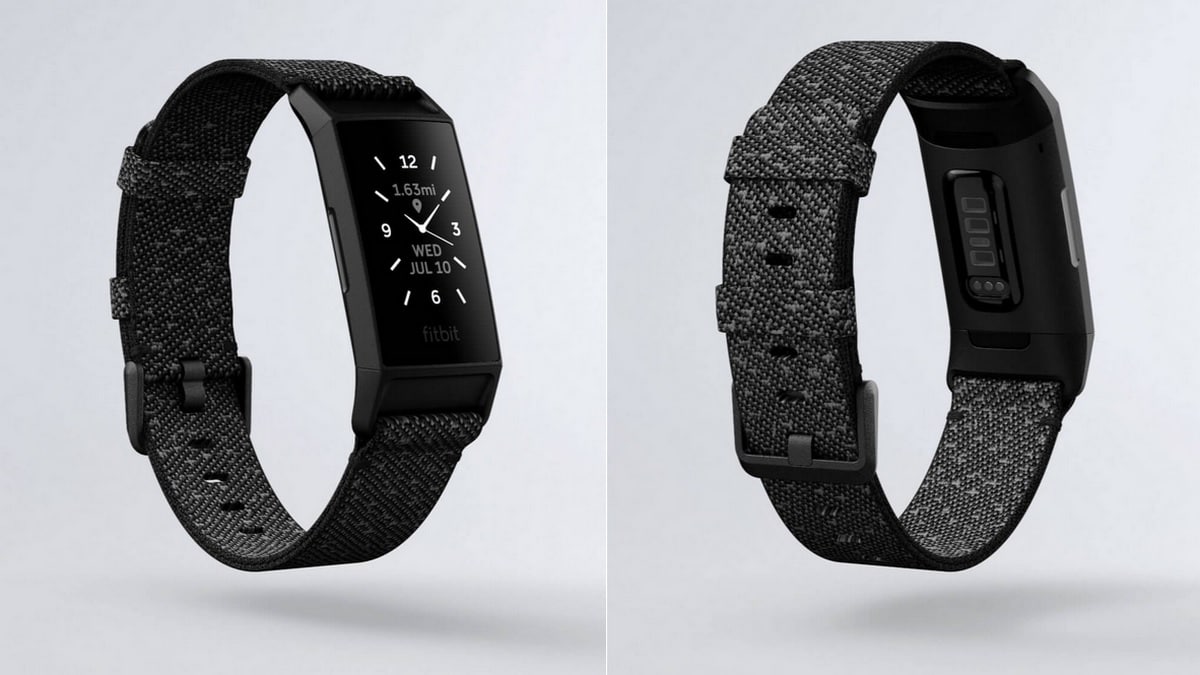 Fitbit Charge 4 has been launched in India and it boasts of new and improved features over the last Fitbit Charge but retains the same design. Fitbit claims the Charge 4 can last up to 7 days on a single charge. It also adds GPS functionality to the fitness tracker itself, which comes in three colour variants and a special edition which includes a black classic band. The Fitbit Charge 4 has been made from aerospace-grade aluminium and has sleep tracking and Fitbit Pay features as well.

Fitbit Charge 4 is priced at Rs. 14,999 for the Black, Rosewood, and Storm Black/ Blue variants. The special edition Granite Reflective/ Black Woven variant of the fitness tracker is priced at Rs. 16,999. It was launched on Wednesday, and will go on sale worldwide sometime this month and will be available in both online and offline stores. Local availability date will be announced soon. According to the press release, new Premium users can get a free 90-day trial. Fitbit Premium, which was launched last year, is available for Rs. 819 per month or Rs. 6,999 per year.

Fitbit Charge 4 comes with a backlit OLED greyscale touchscreen. Fitbit claims an up to 7-day battery on the Charge 4 but if you use GPS continuously, the battery will be drained in five hours. The fitness tracker can charge completely in two hours. The Charge 4 can save seven days of detailed motion and heart rate data and daily totals for past 30 days. The fitness tracker comes with Bluetooth 4.0 and water resistance to 50 metres. Talking about the sensors, the Charge 4 has a 3-axis accelerometer, optical heart rate monitor, GPS, NFC, and altimeter. It also has a vibration motor.

The Fitbit Charge 4 is equipped with 24/7 heart rate monitor that can also record resting heart rate. Users can customise their fat burn, cardio, and peak heart rate zones for better tracking. There is a SpO2 sensor that shows an estimate of the oxygen level variability in your bloodstream through the app. Fitbit has add an Active Zone Minutes feature that helps users understand how their activity contributes to their overall health. The sleep tracking functionality tracks time in light, deep, and REM sleep stages and gives you a sleep score to understand the quality of sleep. The fitness tracker also offers all day activity tracking, guided breathing sessions, and goal-based exercise modes as well.

The Charge 4 allows for controlling music playing in the Spotify app on your phone. Its display can give you notifications for calls, messages, app alerts, and more, while it can also show reminders. The daily dashboard shows all your activity stats in one place which include steps, calories burned, heart rate, and more. The clock faces on the Charge 4 can be customised as well.

The Fitbit Pay feature allows you to add your credit and debit cards to the Wallet in the Fitbit app and then use the Charge 4 to tap and make payments, wherever accepted. The dedicated female health options help in keeping track of cycles, record symptoms, and more. The Fitbit app is available on Android and iOS. The box includes both small and large bands for different wrist sizes.