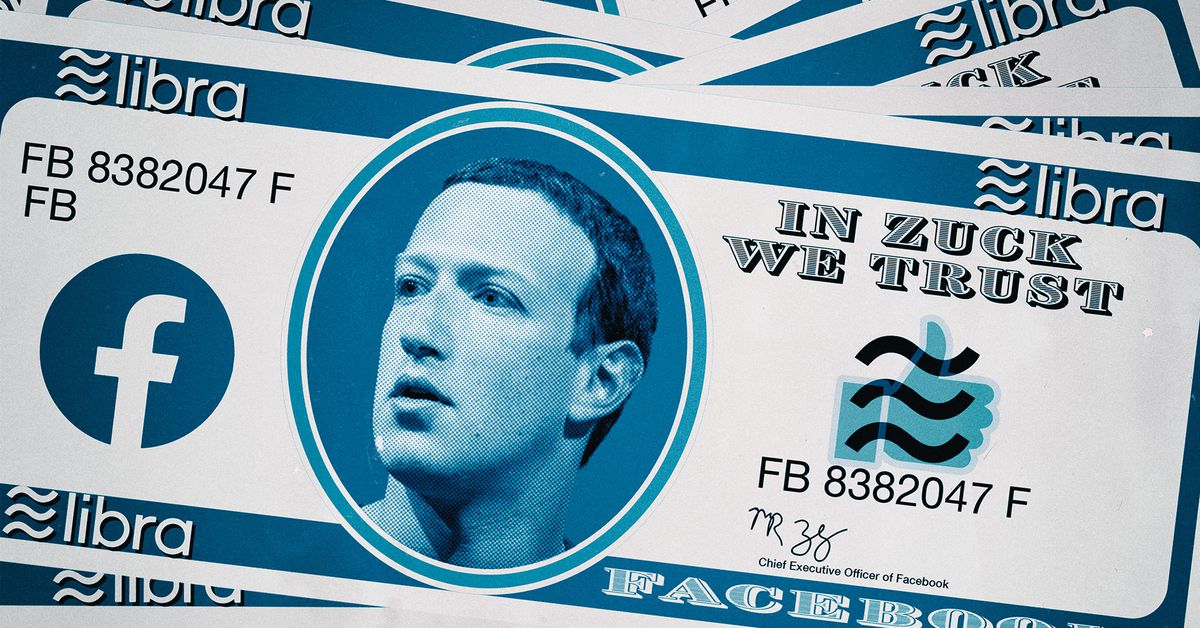 Facebook is altering its plans for its Libra cryptocurrency project following months of severe regulatory pressure and political pushback, according to a new report from The Information published on Tuesday.

According to the report, Facebook no longer intends to make the Libra token — the actual blockchain-based cryptocurrency it’s in the process of developing in partnership with the nonprofit Libra Association — the centerpiece of its digital payments strategy. Instead, Facebook’s Libra project will reportedly transition to supporting both existing government-backed currencies, like the US dollar and the euro, and the Libra token when it is eventually completed and ready to launch.

Additionally, The Information says Facebook is delaying the launch of its separate Calibra digital wallet, which was to be a primary showcase for the Libra technology by allowing anyone with a smartphone to acquire and store the cryptocurrency and then pay for various goods with it. The wallet will now support multiple currencies, of which Libra will be just one.

Calibra, originally slated to launch this summer, is now coming out in October, The Information reports. The wallet, instead of becoming available all over the world at launch, may have its availability restricted to whatever government-backed currencies the Libra project eventually supports within the app. That could slow Calibra’s rollout. The Information says Calibra’s core money-storing and transfer features are still scheduled to come to both Facebook Messenger and WhatsApp, too, although it’s unclear what the timeline for that process will be relative to Calibra’s planned October launch.

“Reporting that Facebook does not intend to offer the Libra currency in its Calibra wallet is entirely incorrect. Facebook remains fully committed to the project,” a Facebook spokesperson said in a statement given to The Verge, referencing The Information’s initial assertion that the company was no longer planning to support the Libra token in its digital wallet. The Information has since corrected its report.

The Libra project was first announced in June of last year as a bold yet risky endeavor to revolutionize money transfer and position Facebook and its partners on the ground floor of a new, blockchain-based digital payments industry. It had two parts: a Libra token, designed broadly similar to other cryptocurrencies like Bitcoin but with fundamental differences intended to make it more stable and less of a speculative asset, and a blockchain network that would be the technical foundation of the token and the tool for verifying transactions and token ownership.

Facebook anticipated at least some scrutiny, so it created a nonprofit, called the Libra Association, of which Facebook and its new Calibra subsidiary would represent only one member. It included, at launch, 27 other companies and nonprofits. That group, based out of Zurich, Switzerland, has been tasked with overseeing the cryptocurrency’s development, as well as the blockchain network that would support it. The currency was also to be supported by a pool of assets, including existing currencies from around the world, contributed by the various participating members, which at launch included big names like Mastercard, PayPal, Stripe, and Visa.

Despite those measures, the Libra project was met with swift and vocal backlash from across the political spectrum. Regulators were concerned about Facebook’s potential outsize influence on the project, due to the company having conceived of the idea and having a financial interest in its success, and the unforeseen consequences of allowing for-profit companies to begin issuing currencies and injecting themselves into global economics and geopolitics.

There were also concerns over how to classify the Libra token, and how the entire platform would be properly regulated and by whom, especially as it moved toward offering banking services like lending, which Facebook openly expressed interest in via Calibra at the time of Libra’s announcement. Chief among the concerns was the ability for the currency and the technology it sat on top of to allow people to move money around undetected and away from the banking system, potentially leading to money laundering and other criminal activities.

The project began hitting serious snags last fall when regulatory pressure and a lack of firm response from Facebook and its various Libra defenders led to Mastercard, PayPal, Stripe, and Visa all bowing out of the Libra Association in quick succession. Since then, Facebook’s blockchain chief David Marcus, a former PayPal executive who ran Facebook Messenger for years, has tempered the project’s overall goals when speaking publicly about it. Now, The Information reports, that’s finally translating to product delays and measures intended, it seems, to appease regulators.