Castlevania: Symphony of the Night gets surprise mobile release 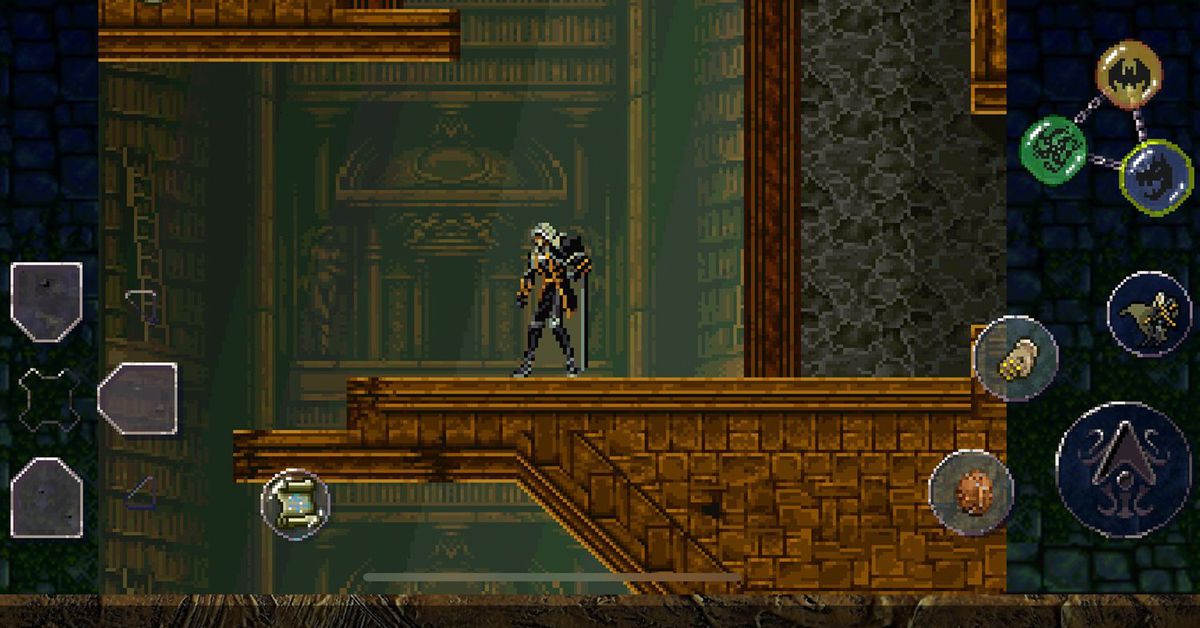 “What is an app? A miserable little pile of secrets!” At least, that may well apply to this particular app — Konami just released a mobile version of genre-defining side-scrolling action-RPG classic Castlevania: Symphony of the Night seemingly without announcement or warning.

The game is available on both iOS and Android and costs $2.99 without any in-app purchases. It appears to be based on the PSP and PS4 versions of the game rather than the PlayStation original. There’s support for external controllers, achievements, and a “new continue feature.” It can be played in six languages: English, Japanese, German, French, Italian, and Spanish.

Symphony of the Night was the first Castlevania game from writer/director/producer Koji “Iga” Igarashi, and it switched the series’ focus from all-out action to Metroid-influenced exploration and adventure. The game was incredibly influential, spawning not only several subsequent “Igavanias” in the series but countless more “Metroidvanias,” often from indie developers. Igarashi himself returned to the idea last year with the excellent throwback Bloodstained: Ritual of the Night.

The mobile version’s surprise release may have been timed to the launch of the latest season of Netflix’s reasonably well-received anime adaptation of the series, which is landing on March 5th. A touchscreen won’t be the best way to experience Symphony of the Night’s action, but $2.99 is a pretty good deal.