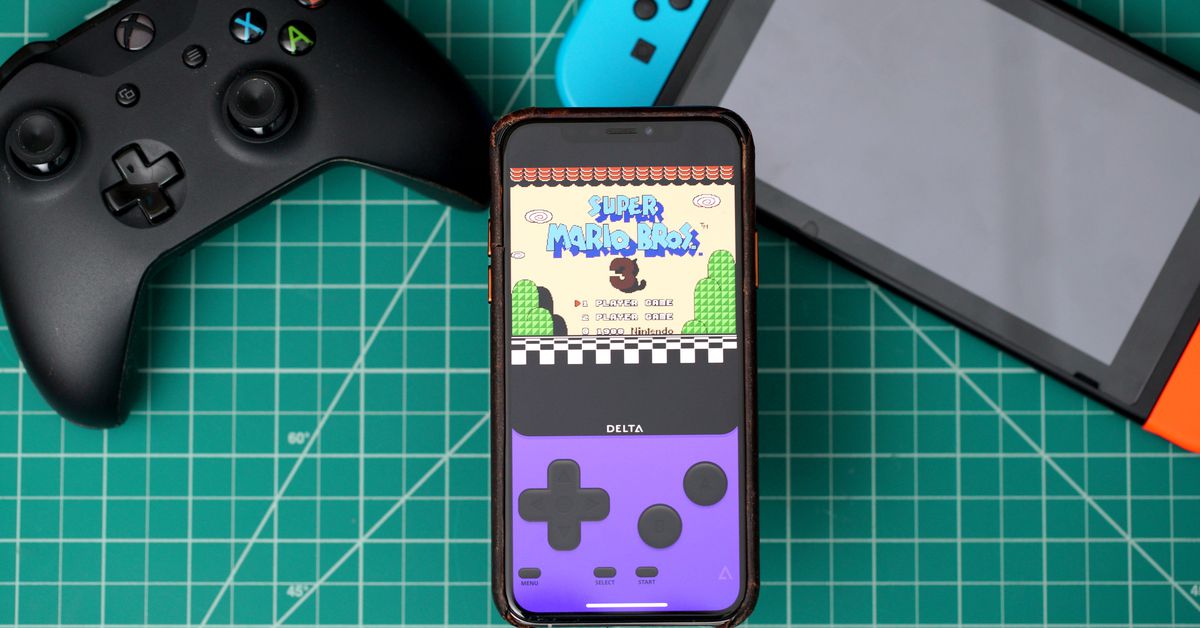 Riley Testut, an iOS app developer who has for years worked on mobile video game emulation, just released a project that has the potential to shake up the entire iOS ecosystem. He calls it AltStore, and it’s an alternative to Apple’s App Store that distributes software Testut says may “push the boundaries of iOS.” In particular, it supports Testut’s own Nintendo emulator, called Delta, which will let anyone with an iPhone or iPad play Super Mario and other classics. Also, it doesn’t require you jailbreak your iOS device. Anyone can download AltStore right now.

Testut released AltStore earlier today in an early preview form. The full application launches on Saturday, September 28th, with Testut’s full Delta emulator as one of the available apps within the store. For now, a version of Delta, called Delta Lite, is available in the preview that supports NES games. Testut says the full version will support SNES, Game Boy, Game Boy Advance, and Nintendo 64 platforms, with more to come. And thanks to iOS 13’s Sony DualShock 4 and Xbox One support, announced back at WWDC earlier this summer, you can play those games with a standard game console controller or with any MFi-supported gamepad.

Very excited to officially announce AltStore: an alternative app store for iOS — no jailbreak required. Launching this Saturday, September 28, but you can download the preview TODAY https://t.co/M7nULBV28p

You may be wondering how exactly Testut is able to distribute not just his own emulator app, but also his own entire alternative app store. It’s a simple but resilient method, Testut says, and it builds off years of exploits and other tricks the iOS developer and jailbreak communities have concocted to bypass Apple’s restrictions. Testut in fact notably exposed one of those tricks back in 2014, when he used the Apple Developer Enterprise Program designed to allow businesses to internally distribute software as a way to let anyone install his earlier Nintendo emulator, GBA4iOS.

Apple has become more restrictive around the enterprise program in recent years, especially after it discovered Facebook and Google were both misusing the program to distribute VPN apps to regular consumers in violation of Apple’s developer rules. The enterprise program is also under full Apple control, meaning the company can revoke access to it from anyone at any time. Testut says he has a new method that may be a bit harder to shut down.

Apps installed this way normally expire after 7 days (unless you’re an Apple developer), but AltStore will automatically refresh them for you in the background whenever it’s on the same WiFi as AltServer.

It does involve installing AltStore on your Mac or Windows PC, plugging in your iOS device, and manually installing the software on the phone or tablet. That requires you also input your Apple ID with an app-specific password, which can be generated online from Apple’s dedicated Apple ID management portal.

That said, once the software is on your phone, it’s indistinguishable from software you’ve developed yourself, compiled in Xcode, and installed on your own device, Testut says. AltStore also uses iTunes Wi-Fi sync to ensure the app refreshes weekly, to avoid being forcibly removed from your device after seven days in accordance with how apps not installed through the App Store function on iOS. (Beta software using TestFlight or the enterprise program function differently.)

In that sense, it works very much like the existing Cydia Impactor tool for installing iOS application files, but instead of just letting you install random app files, it installs an entire app store capable of distributing its own secondary software.

That doesn’t mean Apple can’t shut it down. It may have some method of doing so, but Testut says he’s not sure it would be easy for Apple to do so without also removing the ability for DIY developers, schools, and other organizations that rely on that foundational iOS infrastructure to build test apps and software for internal use.

“It would be interesting, because everything I’m doing, Apple is doing themselves,” Tesut told The Verge of the project earlier this year, when it was still in development. “One heavy-handed approach is they [Apple] could completely shut down the whole service, but that would affect everyone doing this, including schools. Anyone just using their free Apple ID on the side.”

Besides that, Testut imagines Apple could disable the ability to sync over Wi-Fi, but that would just mean plugging in your phone once a week to continue using AltStore and the apps it distributes. “I don’t know how fast they’d react and what they would do, but even in the worst case, I think there’s still a path forward for AltStore. As long as iTunes can sync apps, Alt Store can work,” he said.